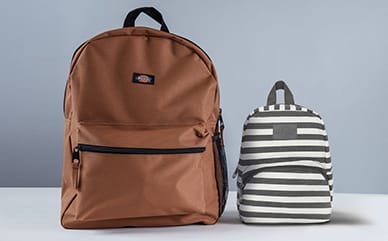 When Nicolas Wicks walked into a blacksmith’s shop in Edinburgh, Scotland in 2011, he didn’t know the visit would shape the rest of his life. As an American college student majoring in ecological economics, Wicks was spending his time in classrooms and on computers, and wanted to work with his hands. He became an unpaid apprentice for the blacksmith, learned the craft, and came home to make another discovery—his grandfather’s welding tools were waiting for him.

After Wicks came back from Scotland, his grandparents moved into an assisted living facility. “As I cleaned out their garage, I found all these tools that I now understood how to use,” he says. These tools, the opportunity to express his creativity by working with his hands, and the blacksmith connection with his grandfather and great-grandfather prompted him to take up blacksmithing, putting him on a dual career path with his day job.

Working out of his grandparents’ garage in Danbury, Connecticut, Wicks built a client base by displaying his work at art shows and online. He also hustled work around town, mostly in welding and fabrication shops. His first paid job was to rebuild a rusted-out dump truck bed.

Now 29, Wicks is an artisan craftsman who owns his own business, Wicks Forge, in Pownal, Maine, just outside of Portland. He splits his time between running his forge, which consumes anywhere from 20 to 40 hours a week, and working full-time in the city as a conservation economist. A year and a half ago, he moved into a 12-acre working farm about 20 miles from Portland and set up shop in a 20 by 40-foot section of a barn on the property.

Making the Craft His Own

By working with scrap pieces of metal, Wicks honed his skills building ornate music stands. “When I started out, I didn’t have money to buy a lot materials, and I didn’t have a client base,” he says. “Music stands were a way to create pieces that had a lot of design and aesthetics.”

“I love the idea that I’m supporting someone’s creativity,” he explains. “Clients have bought music stands for their kids who are graduating from music school. These people dedicate their lives to a craft, and every time they practice or play, they’re hopefully inspired a little bit by something I’ve been able to contribute. That is really rewarding—supporting someone who is giving joy to hundreds if not thousands of other people.”

With his day job in the city, Wicks’ blacksmithing work occupies whatever free time he’s got. Large projects, like custom music stands, can take anywhere from a few months to a year or more depending on the size of the job and the complexity of the design. Each stand is designed in collaboration with the client, a process that can take several months. Once the design is finished, it usually t akes a hundred or more hours to make them, he says.

There’s usually a two- to four-week waitlist for his small custom jobs like fire pokers or interior furnishings. “One thing that is cool about blacksmithing is you get to work on some random projects. I’ve had people ask me to make working cannons—can’t make—and catapult triggers—did make. Boba Fett replica armor—won’t make—and cheese graters—could make, but would be a pain.”

Inside the Metal Shop

You have blacksmiths to thank for the expression “strike while the iron is hot.” The craftsmen must work the metal while it’s very hot and pliable. Each time metal is taken from the forge, shaped, and put back in the fire is called a heat.

“You’re working in multiple heats, and there’s a cadence to that,” he says. “You work very fast and efficiently, and after you have done a piece a thousand times, there’s a real dance to it. There’s no wasted movement. You take a piece out of the forge, and you know exactly what you’re going to do to it.”

“After you have done a piece a thousand times, there’s a real dance to it. There’s no wasted movement.””

Blacksmiths typically work on several pieces at a time (the birth of the phr ase “many irons in the fire”). “There’s a constant rhythm,” he explains. “You have tools set up, and you work the piece until it cools down. You have the forge on, and you put in one piece and take another out. You can get lost in the work.”

The Right Clothes for the Job

Wicks learned the hard way that creating the pieces requires special gear. On his first day as an apprentice, his trousers caught fire. He has been slightly burned t oo many times to count, and has about half a do zen serious burns. He’s also had metal removed from his eye.

For comfort and protection, Wicks works in Dickies carpenter duck pants. “I like that it’s easy to wear and durable,” he says. “All I wear is duck canvas. It’s like what the suit is to the office. This is the uniform you wear if you’re in the trades.”

Every day, he wears abrasion-resistant work pants from Dickies and is particularly drawn to the comfort and durability of the heritage brand’s FLEX work pants. Built with Tough Max technology, they’re twice as strong and longer-lasting than standard work pants. “I run my clothes pretty hard, because I’m always cutting or grind or welding or hammering,” he says. “They have to stand up to sparks, splatter from welding, burns from pieces of metal.”

Wicks is all about the rugged, worn-in look—in the shop and out. “I wear the pants for a couple years for casual wear, then I transition them to work wear,” he says. And because the pants are designed for extended wear, “I have five pair of shop pants in various conditions.”

His advice to anyone interested in learning the craft is to just jump in. “There’s always a reason not to do it: I don’t know how, I didn’t go to school for it, I don’t have the money,” he says. “Find the reasons why you should do it, and make a movement toward it. Any step is better than no step.”

Watching videos online can help people get started, but mastering the nuances of the trade, of course, takes time. For instance, shaping metal with a hammer is different than driving nails in 2 x 4s. “Blacksmithing is the application of incredibly high amounts of force in precise means,” he says. “When driving a nail, you hit it straight on the head. With blacksmithing, depending on metal you’re working with, the thickness of the material and shape, you’ll swing the hammer a lot of different ways and different angles.”

The value that blacksmiths bring to a project is not the worth of the metal itself, but rather what it’s transformed into by the craftsman’s hammer. “It’s a beautiful combination of knowledge and technique combined with design, aesthetics, and execution,” Wick says. “You build things that are pretty permanent; it takes an incredible amount of force, strength, and also care and intention.” How’s that for many irons in the fire.